An island of cannibals and psychopaths 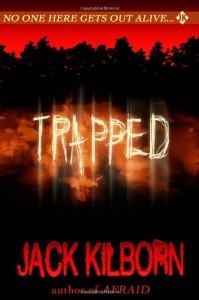 If this is a movie, I’d have enjoyed it more. All the gore and blood on screen! Besides those, there really only very few things that I liked…or at least, okay with, in this story.

First and foremost, Tyrone. Damn! I have a crush on him. If he’s real, I’d want to hang out with him.

“Too many people would rather fight to the death to defend their bullhead positions. Tyrone was impressed whenever someone changed their mind. It meant acting on reason, and with reason came self-improvement.”

Second, Sara. Her character development throughout the story is good to watch. She goes through a lot, even faces an unthinkable betrayal, but she lives, and comes out much stronger. Third and last, Lester’s point of view. I think he is funny, in a twisted way. One of my favorite scenes in the book is Lester and Georgia’s first meeting. To be honest, almost all of my favorite scenes are revolved around the psychos. They just full of funny dialogues.

Unfortunately, what I don’t like triumph over what I’ve mentioned above. Why have a baby in the story if he barely given a role? He cries rarely even when his parents are running around through the thick forest, I’d thought with all the leaves, branches around, he’d have a scratch or two and cries, but no such thing happen. He also only pees one time in the entirety of the story, which is totally unbelievable. I’d prefer to not have a baby at all in the story even though little Jack is adorable.

My next point is funny to the point of absurdity. I just don’t understand the point of having cannibals running around the island with knives and forks in hand. Some of the cannibals even have salt shakers when they’re about to eat their meals…

I’d also expect more gore and horrible stuff in the story based on the reviews I saw…but the amount is quite usual, for a slasher book.